Ashton-Tetonia Rails to Trails located between Ashton, Idaho and Tetonia, Idaho for a total distance of a little over 29 miles.

Rode out and back on the Ashton-Tetonia Rails to Trail for a total of 22 miles on my new Diverge gravel bike.  This was my first real use of the Diverge as a gravel bike and it performed better than I had expected.  The bike not only has a carbon frame and seat post to increase the comfort level it has the Specialized Future Shock in the front fork that smooths out the rough and bumpy trails.  At the end of the ride I felt like  I had been riding on paved roads with my Specialized Allez road bike.  The Diverge is a bike to have if you are going to ride Rails to Trails mixed with highway miles.

I started out in the Ashton area on Hwy 47 near Marysville, there is a small parking area designated as a State Park right on Hwy 47.  The weather was perfect for riding, I started out about 9:30 clear skies about 50 degrees about 2 hours later on return it was 60ish partly cloudy.  I had over dressed and had to stop and remove a layer of clothing but that is why you layer.  I have starting carrying a small day pack to make layering possible and bring along a few nice to have items.  With the small day pack I carry extra water some snacks a bike lock and my Garmin InReach along with a few other nice to have items.

The trail was in good condition for what it is, an old rail line that has had the rails and cross ties removed and covered with gravel.  It is basically a single track road on the old rail line.  There were different sections of the trail some with small well packed gravel and some with larger gravel/rocks mixed in.  The trail wandered off across what appears to be wheat fields in the rolling terrain with views of the Teton Mountains making some breath taking views in the early fall.  Within the first couple of miles you cross a trestle over the Fall River then another couple of miles you get to cross a second trestle over the Conant Creek.  I passed several working farms along with old abandoned buildings some close to the trail and other in the distance.

One area of the trail between the town of Drummond and France there is some dispute with the ownership of the right of way and the trail takes a detour between two fields that takes you out to a gravel road that connects back with the trail.  In the trail description it sounds pretty simple and straight forward…but the section between the two fields is tricky at best.  The single track between the two field is a farm road covered in very fine sandy soil in the dry season that I rode the road not only was challenging to ride in the sand but there is several steep grades to maneuver.  I do believe that if it had rained the sand would have turned to mud.  I turned around after maneuvering through the detour and back to the trial this was 11 miles from my starting point.

The ride out I did not notice any grade in the road but when I turned around and started back to Ashton it was all a slight downhill grade making the return much easier than the trip out had been.  I had to force myself to slow down and enjoy the view on the return.  The trail runs from Ashton to Tetonia for a distance of a little over 29 miles maybe next time I will ride the complete trail…or not. 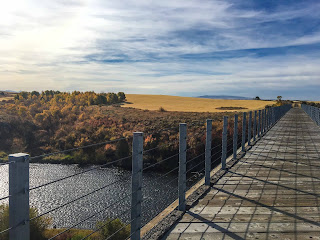 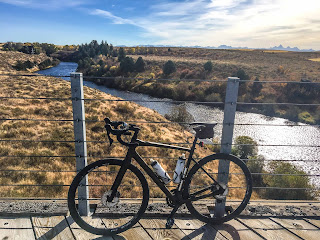 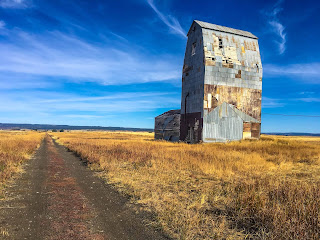 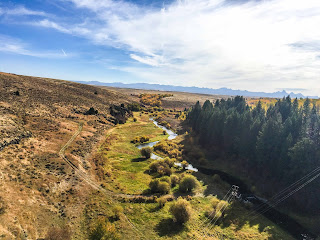 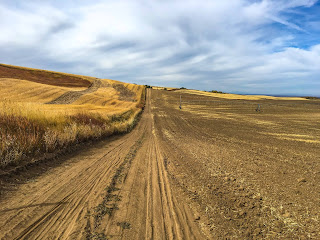 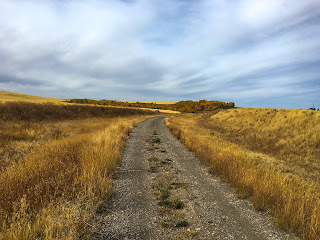