I met Josh at Riverside Estate Campground in Covington GA.  He had just moved into his new Tiny Home.  He built it himself and was still in the process of finishing it.  He is a MasterTradesman…Artisan and you can see from the attached pictures knows his trade.
He had sold his conventional house of 1195 sqft and decided he wanted a simpler life.  As he was putting his house up for sale he started him tiny home project.  And as most plans go the house sold within days and left Josh scrambling to complete his new tiny home.  He was able to make it live able and is completing the finishing touches on the road.  He is currently 92 days into the project with 2 weeks of living in his tiny home.
His new home is just over 60 square feet packed full of fun and free living.  He has all the comforts needed and a few extra.   You cannot see it in the photos but here is an apartment size washer/dryer inside his Tiny Home.


As I as taking the pictures and talking with Josh he was making plans for his next stop Edisto Beach SC. 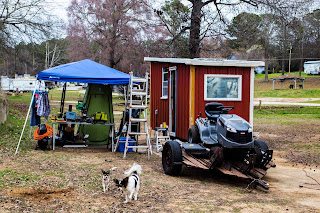 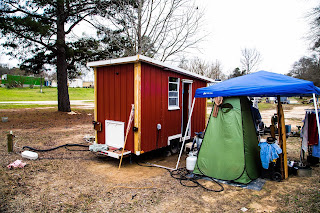 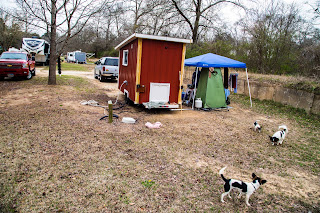 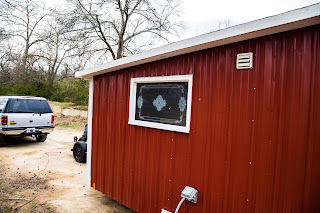 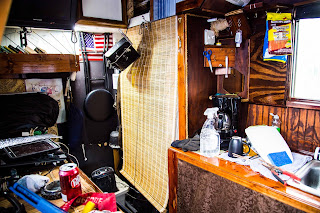 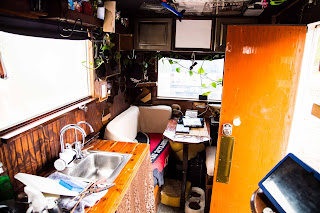 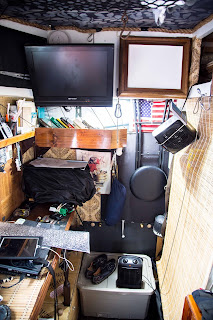